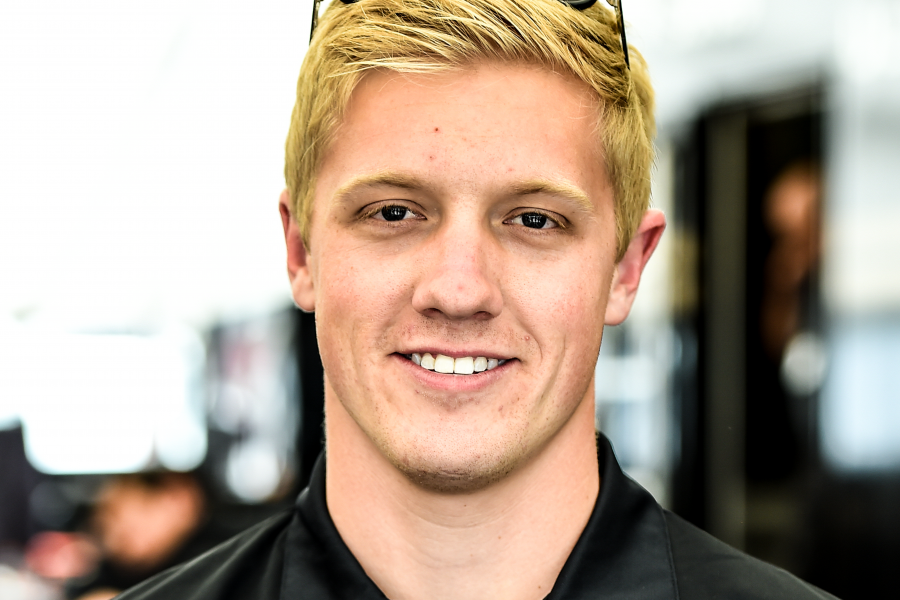 (DETROIT) June 2, 2016 – Ed Carpenter Racing announced today that 2015 Indy Lights champion Spencer Pigot will join the team, beginning this weekend for the Chevrolet Dual in Detroit. The No. 20, driven by team owner Ed Carpenter on the oval events, will be piloted by Pigot for the rest of the road and street course events on the 2016 Verizon IndyCar Series schedule.

“I’m very excited to be joining Ed Carpenter Racing for the remainder of the season on road and street courses,” stated Pigot. “ECR has been very strong in 2016 and I hope we can continue to build on the success they’ve already had.”

Pigot made his IndyCar debut with Rahal Letterman Lanigan Racing on March 13, 2016 at the Firestone Grand Prix of St. Petersburg, advancing eight positions from his qualifying spot to finish 14th. He also competed in the Angie’s List Grand Prix of Indianapolis in early May and in last weekend’s 100th Running of the Indianapolis 500. Despite running out of fuel in the final quarter of the race and needing to be towed back into the pit lane, Pigot managed to complete the race and take the checkered flag in the 25th position.

The 22-year-old from Orlando, Fla. will climb into the No. 20 Fuzzy’s Ultra Premium Vodka Chevrolet for the first time on Friday. The unique schedule in Detroit will see Pigot compete in two full races on both Saturday and Sunday, joining full-time ECR driver Josef Newgarden in the double-header. Carpenter will return to the No. 20 at the oval of Texas Motor Speedway next weekend.

“We are really excited to be able to add Spencer to the ECR lineup and finish out the year with the 20 Fuzzy’s Vodka car at all of the races,” commented team owner Ed Carpenter. “Spencer is a definite young talent who came through the Road to Indy and we look forward to finishing the year strong with him!”

Pigot worked his way up to the Verizon IndyCar Series through the Mazda Road to Indy, winning 24 races in USF2000, Pro Mazda and Indy Lights. Last year alone, he captured six wins, four poles and 10 podium finishes on his way to becoming the 2015 Indy Lights champion. He has earned no fewer than four scholarship prizes from Mazda to maintain his career’s momentum to get to the Verizon IndyCar Series.

“I have to thank Fuzzy’s Vodka and Rising Star Racing for the opportunity to continue my IndyCar career this season,” continued Pigot. “This weekend in Detroit will be the first time we work together, they have a lot of talented people within the team and we will try to hitÂ the ground running. I’d also like to thank Bobby Rahal and the RLL team for giving me my first shot in IndyCar.”

Rising Star Racing has a unique mission in the world of motorsports: to help ensure that the most deserving drivers get the opportunities they have earned. RSR matches corporate sponsors with a very select group of young open-wheel drivers, including both Pigot and Newgarden.

Practice for the Chevrolet Dual in Detroit begins on Friday, June 3. The Duals will take place on Saturday, June 4 and Sunday, June 5. Both races will be broadcast live on ABC beginning at 3 p.m. ET.

Ed Carpenter Racing (ECR) first entered the Verizon IndyCar Series in 2012. The team is led by IndyCar’s only owner/driver, Ed Carpenter, winner of back-to-back pole positions for the Indianapolis 500 in 2013 and 2014. ECR has amassed six victories and 15 top-five finishes in the past five years. In 2016, Carpenter will compete in all oval events in the No. 20 Fuzzy’s Ultra Premium Vodka Chevrolet while Spencer Pigot will take over at road and street courses. Josef Newgarden will compete for the Verizon IndyCar Series Championship as he races the full season in the No. 21 Chevrolet. More information on Ed Carpenter Racing may be found at http://www.edcarpenterracing.com.