Juncos Racing to Run Pigot In 101st Running Of Indianapolis 500 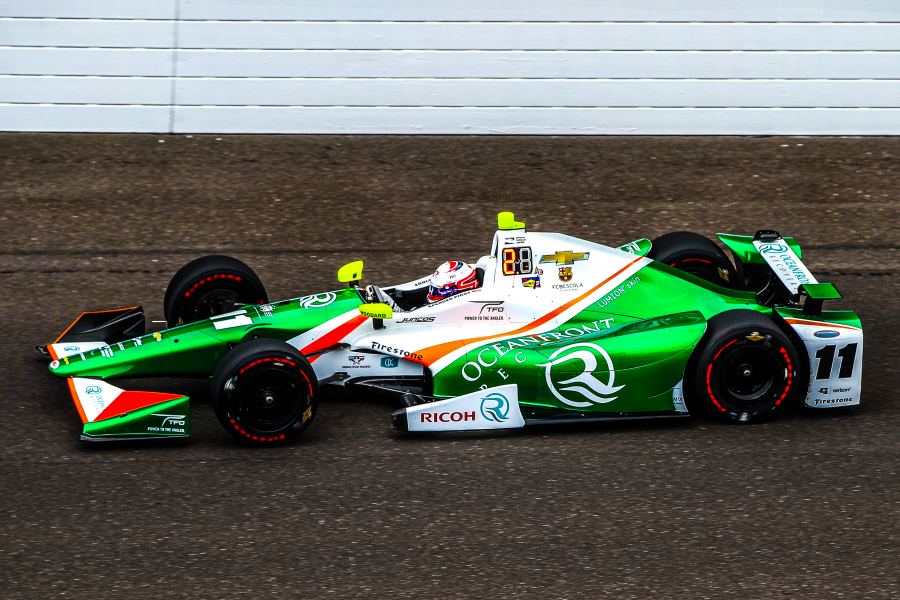 Indianapolis, Indiana (May 9, 2017) – Juncos Racing announced today that Spencer Pigot will drive for the team in the 101st Running of the Indianapolis 500 presented by PennGrade Motor Oil at the Indianapolis Motor Speedway in Speedway, Indiana.

Pigot, 23, will pilot the No. 11 Juncos Racing Dallara/Chevrolet/Firestone entry with sponsorship from Oceanfront Recovery through Rising Star Racing. Pigot previously drove for Juncos Racing beginning in Karts in 2003 and subsequently captured the 2014 Pro Mazda Championship and the 2015 Indy Lights Championship for the team. Juncos Racing is expanding its racing program to include the Verizon IndyCar Series by contesting the team’s first Indianapolis 500 in 2017.

“I am personally very happy to be able to formally announce that Spencer (Pigot) will be driving for Juncos Racing in the 101st running of the Indianapolis 500,” said Juncos Racing owner Ricardo Juncos. “As most people know Spencer started with our team in 2003 driving Karts. We reunited in 2014 and won the Pro Mazda Series championship then Spencer helped us win the Indy Lights team championship in 2015. This is, hopefully, the next step in our successful relationship together.

“I want to thank Ed Carpenter for allowing Spencer to take advantage of this opportunity. I also have to thank Oceanfront Recovery and Rising Star Racing for their support as well as Chevrolet for supplying the power and durability that our team will need to successfully compete in the Indy 500.”

Pigot, who will be making his second Indy 500 start, contested 10 Verizon IndyCar Series events in 2016. He ran three races in 2016 for Rahal Letterman Lanigan Racing including his first Indy 500 where he qualified 29th and finished 25th. He contested seven races in 2016 with Ed Carpenter Racing scoring two top-10 finishes including a career best seventh place showing at Mid-Ohio (ninth at Road America). He is scheduled to contest all Verizon IndyCar road and street course events for Ed Carpenter Racing in 2017 and has already notched one top-10 showing in his first three events, an eighth place showing at Long Beach.

Commenting on competing in the Indy 500 with Juncos Racing Pigot said, “First I want to thank Ricardo (Juncos) for this opportunity. We have had a long, successful relationship from karts to the Mazda Road to Indy series and hopefully we can repeat that success at Indy this month. I also want to thank my sponsors, Oceanfront Recovery, Rising Star Racing and P1 Management for making this possible. The Indy 500 is the greatest race in the world and to be able to drive in it again is fantastic. Last year was my first Indy 500 and I learned a lot. I am confident that I will be able to apply what I learned and a better result this time around.”

Bobby Hillis, Founder of Oceanfront Recovery said, “Oceanfront Recovery is excited to join Juncos Racing through Rising Star Racing as the primary sponsor of Spencer Pigot’s No. 11 Chevy entry for the 101st Running of the Indianapolis 500. In his sophomore season, Spencer has proven that he has the pace to fight with Verizon IndyCar Series veterans. Through Spencer’s car, Oceanfront Recovery is raising awareness about the critical importance of essential health benefits to combat the opiate epidemic. On May 28th, we will be very honored to have our company and its vital mission displayed on a worldwide stage.”

Juncos Racing was established by Ricardo Juncos in 1997 as a small formula car race program based in Buenos Aires, Argentina. Juncos relocated to the United States in 2002 where he worked as a mechanic for a small karting team based in Florida. Juncos was then able to open his own shop and run in karting series throughout the United States before moving up to the Pro Mazda Championship, Indy Lights and will now have two cars competing in the 2017 Indianapolis 500.

The mission of Juncos Racing is to develop young drivers from around the world into the next level of their racing careers through the Juncos Racing Driver Development Program. Through this program, the team not only works with drivers on track to improve their skills behind the wheel, but also gives them the tools needed to understand the engineering and mechanics of the race car. Drivers who have participated in the program and have gone on to compete in the next level include Peter Dempsey, Conor Daly, Connor De Phillippi, Chase Austin, Kyle Kaiser, Nicolas Dapero and Spencer Pigot.

About Oceanfront Recovery:
Oceanfront Recovery substance abuse treatment facilities offer the full continuum of care and are located in Laguna Beach, CA. Over the past five years our team has been committed to creating the best environment for our clients and their families to recover from the disease of addiction. Our experienced clinicians, therapists, case managers and wellness staff are passionate about changing lives and restoring the entire family system. Oceanfront’s care providers establish client-focused and informed care programs built on proven, evidence-based treatment methodologies. Please reach the Oceanfront Recovery admissions line at 877-279-1777. For more information, please visit http://www.oceanfrontrecovery.com, and follow us on social media at on Twitter at @oceanfrontrcvry and on Instagram at @oceanfrontrecovery.

About Rising Star Racing:
Rising Star Racing has a unique mission in the world of motorsports: to help ensure that the most deserving drivers get the opportunities they have earned. RSR seeks to level the playing field by matching corporate sponsors with a very select group of young open-wheel drivers. Drivers who are the whole package, but lack the full backing to progress and flourish. RSR provides funding, marketing and promotional support to its drivers with the goal of helping them compete the pinnacle of North American open-wheel racing.

Like Loading...
Previous PostAnother Podium Finish For the Mazda Prototype...
Next PostSpencer Pigot Named As Road And Street Course...