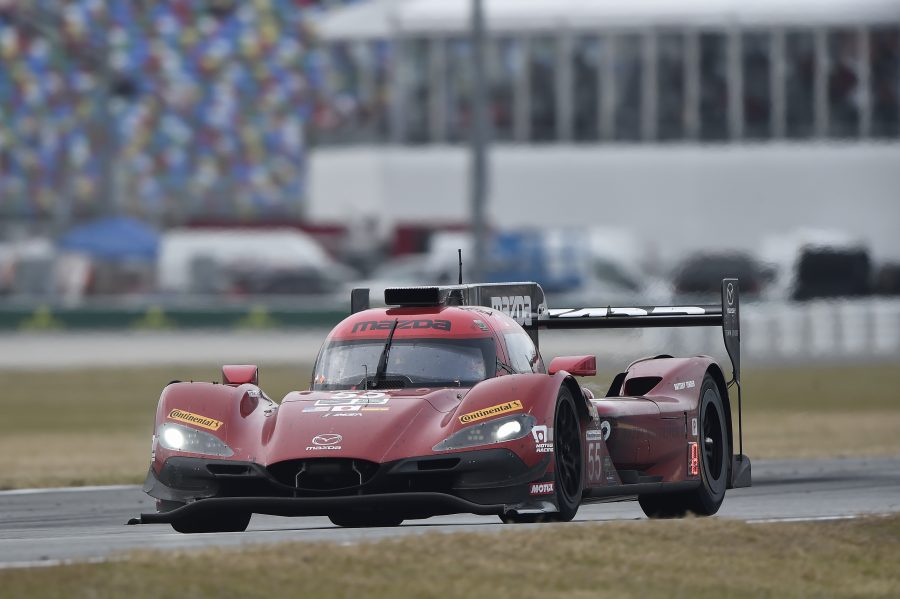 DAYTONA BEACH, Fla. (January 28, 2018) – The Mazda RT24-Ps demonstrated a major leap forward in competitiveness at Daytona International Speedway, but unfortunately both cars retired before the finish of this weekend’s Rolex 24 at Daytona, the first round of the 2018 IMSA WeatherTech SportsCar Championship.

The heavily-revised Mazda RT24-P’s showed their increased speed throughout the week at Daytona. Rene Rast led the first practice in the No. 77 Castrol/ModSpace Mazda RT24-P that he shared with Tristan Nunez and Oliver Jarvis, while Jonathan Bomarito qualified in ninth position in the Prototype class in the No. 55 Mazda RT24-P that he shared with Harry Tincknell and Spencer Pigot. Underlining the progress made by Mazda Team Joest, Bomarito’s qualifying time was 3.3-seconds faster than the best qualifying time of the RT24-P in 2017.

Both Mazda Team Joest cars moved forward into the top-ten of the field by the race’s second hour, but then a variety of issues including multiple tire punctures and electrical issues slowed their progress. The crew responded by resolving every issue, and the drivers responded by running a competitive race pace through the day and into the night – and through a brief rainstorm that fell in the race’s sixth hour.

The next round of the IMSA WeatherTech SportsCar Championship will be the 12 Hours of Sebring on March 17.

“We can definitely take some positives away from here. The way that the team responded to adversity was encouraging, our pit stops were really good, and the pace was encouraging. We were able to fight with the other Prototype cars for position, which was a nice change. The transformation of the team has been really impressive since we were in Daytona last year, and that has everyone encouraged and excited to get back to racing soon.”