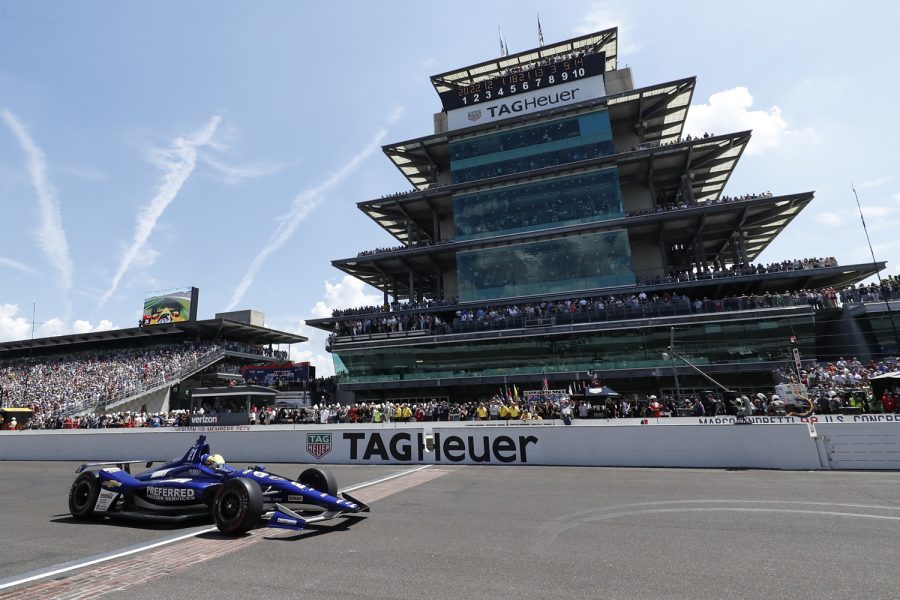 – After running in the Top 10 for the first half of the race and also leading the field at one point, Spencer Pigot finished 20th after a drive-through penalty dropped him one lap behind the field.

– When teammate Ed Carpenter made his first pit stop, teammate Spencer Pigot took the lead of the Indianapolis 500. Today’s race was just the second Verizon IndyCar Series that Pigot has led; the 24-year-old paced the field for three laps before making his first pit stop. Pigot did not fall out of the Top 10 once until after his third pit stop on Lap 94. A drive-through penalty for the No. 21 Preferred Freezer Services Chevrolet following a pit lane speed violation dropped Pigot all the way back to 27th, one lap behind the field. Each of the four cautions following his penalty did not fall in his favor; he was unable to regain his lap. However, Pigot would stay the course and make up seven positions by the end of the race to finish 20th.

– Today’s Indianapolis 500 was Pigot’s third, though his first with Ed Carpenter Racing. As road and street course driver for ECR’s No. 20 in 2016 and 2017, he participated in those 500-mile races with opposing teams as Carpenter raced the No. 20 at Indianapolis. Pigot’s 6th starting position was the highest starting position of Pigot’s 27 Verizon IndyCar Series starts so far, besting a 9th-place start in the INDYCAR Grand Prix earlier this month. Pigot is in the midst of his first season as a full-time Verizon IndyCar Series driver.

– Ed Carpenter Racing will return to work tomorrow to prepare cars for Chevrolet Detroit Grand Prix doubleheader with races on both Saturday, June 2 and Sunday, June 3. Pigot will be joined by teammate Jordan King, road and street course driver of the No. 20 Fuzzy’s Vodka Chevrolet. King most recently competed in the INDYCAR Grand Prix at the Indianapolis Motor Speedway, qualifying 5th for only his fourth Indy car race. Carpenter will get his next chance behind the wheel of the No. 20 at Texas Motor Speedway, less than two weeks from today on Saturday, June 9.

SPENCER PIGOT, NO. 21 Preferred Freezer Services Chevrolet: “We started off well, then came the speeding penalty and next thing I know, we’re a lap down. We weren’t able to get it back. I know we had enough speed to finish in the top ten, but, unfortunately, we didn’t have that luck and finished farther back. I’m still really thankful for my team, especially the Preferred Freezer guys for giving me a great car all month and our fans, too. It was good to be a part of it all.”

Like Loading...
Previous PostTop 10 Finish for Pigot in Race 1 of Detroit ...
Next PostPigot Will Start Outside Row 2 in the 102nd R...