Pigot Fights Back to 11th Place Finish in Season Opener 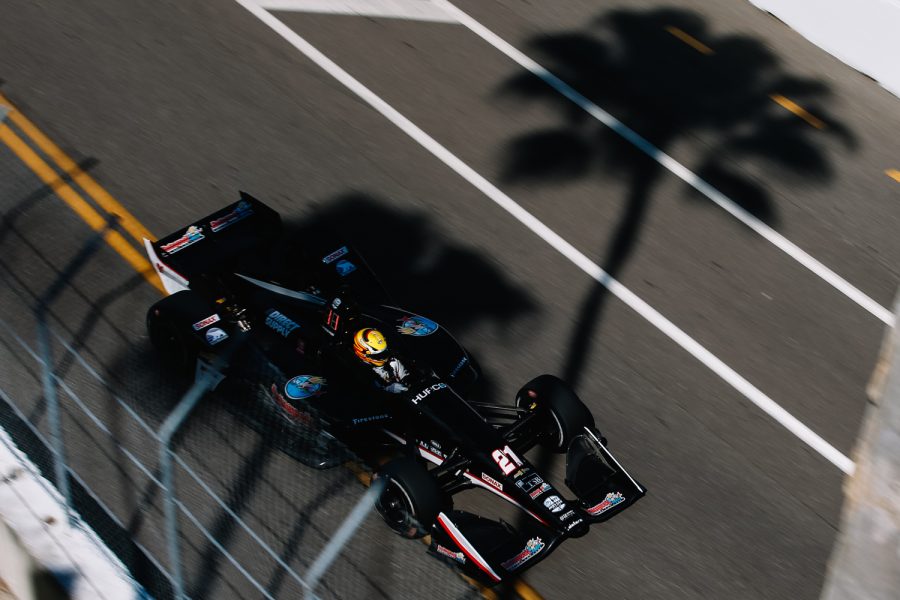 – The 2019 NTT IndyCar Series season kicked off today with the Firestone Grand Prix of St. Petersburg, racing through the downtown streets of St. Petersburg, Fla. After an off-season full of preparation, Spencer Pigot and his team of Ed Carpenter Racing were more than ready for the first race of the year. After a difficult qualifying session and a grueling first half of the race, Pigot fought back to an 11th place finish.

– Pigot’s No. 21 carried the colors of Florida-based Autogeek.com for the second straight year at St. Pete. The weekend opened with two practice sessions on Friday, the second of which saw Pigot record the second fastest-lap of the day. Following Saturday morning’s third practice session, Pigot’s 106.262 mile-per-hour lap was the fourth-fastest lap of all drivers heading into qualifications.

– Following third practice, the field was split into two qualifying groups. In Group 2, Pigot turned three laps at speed on black Firestone Firehawks before joining the rest of his group in a switch to sticker reds. His fastest lap on the reds was 106.318 miles per hour, his best of the weekend, but would only give him the 8th position in his group. As only the top six cars advance to the next round, Pigot would not have a chance to improve his starting position.

– Pigot would start the 110-lap race from the 16th position, next to new teammate Ed Jones in ECR’s No. 20. Though the opening lap was clean, Pigot was trapped behind a slower car and was not able to gain any positions. He struggled with grip for the first half of the race, but car came to him after the midpoint and he was able to begin moving forward. Though he had fallen as far back as 20th, he made his way up to 12th following his final pit stop. In the closing laps of the race, Graham Rahal had to pit which handed the 11th position to Pigot. Despite the difficulties he faced throughout the race, today’s finish was his best at the Firestone Grand Prix of St. Petersburg.

– Ed Carpenter Racing will head straight from the streets of St. Petersburg to the high-speed oval of Texas Motor Speedway. Pigot will test the No. 21 on Thursday alongside team owner Ed Carpenter, who will be back in the No. 20 for the first time this year. The next NTT IndyCar Series race will take place in two weeks at Circuit of the Americas on March 24, 2019.

SPENCER PIGOT, No. 21 Autogeek Chevrolet, Finished 11th: “Overall, it was a fairly frustrating first half of the race. I got shuffled back at the start and we really didn’t find our groove until later on. After that, we were able to make up some ground and gain some positions. Overall, we definitely have come away with a lot of things in mind to improve on for next time out at COTA. I appreciate all the support from Autogeek and my guys, we’ll try our best to fight up higher on the grid in a couple of weeks.”