Front Row Start for Pigot in the 2019 Indianapolis 500 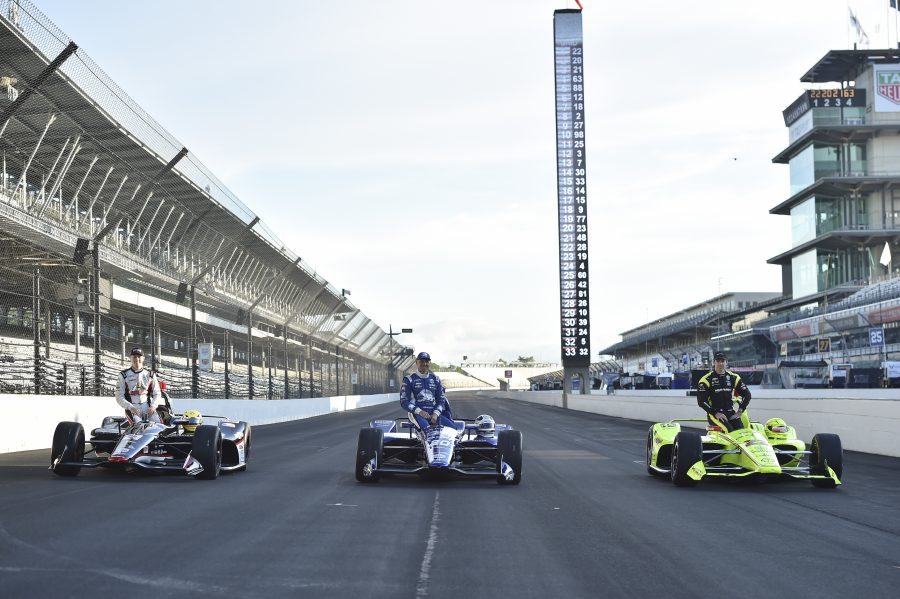 – For the sixth time in seven years, Ed Carpenter Racing will have a front row starting position for the Indianapolis 500; but for the first time, the team will hold two of the three positions and one belongs to Spencer Pigot. Pigot will start alongside his team owner Ed Carpenter as Pigot qualified a career-best third for next Sunday’s Indianapolis 500. ECR’s Chevrolets fill out three of the top four starting positions as Pigot’s other teammate, Ed Jones, qualified fourth. Ed Carpenter Racing was the only multi-car team to have all cars make the Fast Nine.

– Pigot began Indy 500 practice on Tuesday only three days after recording his best finish of the year. In last weekend’s INDYCAR Grand Prix at the Indianapolis Motor Speedway road course, Pigot finished 5th. The 25-year-old is in his fourth year as an NTT IndyCar Series driver and fourth season with Ed Carpenter Racing. All but four of Pigot’s 44 Indy car starts have come with ECR, though the 2018 Indianapolis 500 was his first with the team.

– Each of the first three days of practice would see one of the ECR drivers as one the Top 3 fastest cars of the day. Wednesday saw Pigot finish the day third on the overall speed chart, following that up with the second fastest time on Thursday’s no-tow list. Fast Friday lived up to it’s name as all three ECR drivers turned their quickest laps of the month. Pigot ended the day fourth overall at 230.471 miles per hour (mph). Over the course of the four days, he turned 327 laps.

– First day of Indianapolis 500 qualifying ran from 11 a.m.-5:50 p.m. on Saturday, May 18, with the fastest 30 drivers at the end of the day securing a spot in the race. Grid positions 10 through 30 were locked in at the end of Saturday, while the fastest nine drivers advanced to today’s Fast Nine Shootout.

– Saturday’s times were erased going into today’s qualifications. Drivers in the Fast Nine Shootout had to make one four-lap attempt, in an order based on slowest to fastest from today’s qualifying times. As the provisional pole sitter, Pigot was the last car to make a run at the 2019 Indy 500 pole position.

– Pigot turned laps at 230.058, 229.841, 229.792 and 229.614 mph. His four-lap average of 229.826 placed him in between his teammates Carpenter and Jones, giving ECR the second, third and fourth starting positions. Pigot’s fourth Indianapolis start will begin from the outside of Row 1, his third place qualifying effort now the highest of this career.

– Pigot and his teammates will hit the track again tomorrow for two more hours of practice before embarking on three days of media and promotional activities. Final Indianapolis 500 practice will take place on Friday, May 24 during Carb Day festivities. NBC’s coverage of the 103rd Running of the Indianapolis will commence at 11 a.m. ET on Sunday, May 26 with the green flag scheduled to fall at 12:45 p.m.

SPENCER PIGOT, No. 21 Autogeek Chevrolet, Qualified 3rd: “Overall, a really good day. I’m happy to be starting on the front row for the Indy 500! As a team, we were really strong today, but unfortunately we came up a little bit short for pole position. I know we have great race cars and we have a lot to be confident about heading into next weekend.”

Like Loading...
Previous PostPigot Stays the Course Over 500 Miles to Fini...
Next PostFirst Top 5 of the Season for Pigot in INDYCA...