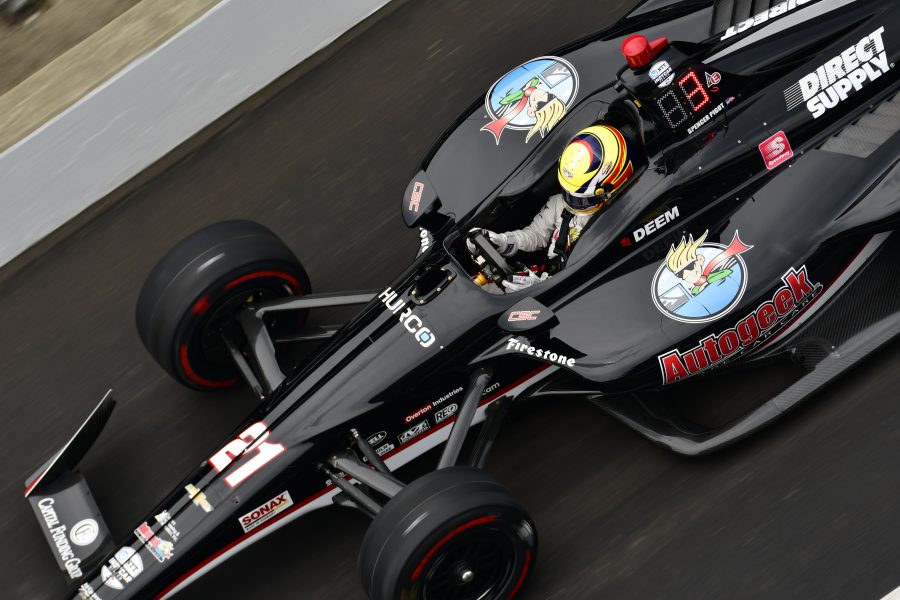 – The 103rd Running of the Indianapolis 500 is now complete, running the full distance on a day where weather was almost certain to play a factor. The 2.5-mile Indianapolis Motor Speedway oval not only remained dry over the course of 200 laps, but the race even finished under the hot sunshine. Despite facing adversity throughout the race, Spencer Pigot stayed the course over the full 500 miles to finish 14th in his fourth Indianapolis 500.

– It was the sixth time in the past seven years that Ed Carpenter Racing has had a car qualify on the front row of the Indianapolis 500, but 2019 was the first time in the team’s history it has secured two of the three front row spots with Pigot starting a career-best 3rd. With drivers starting 2-3-4, ECR had the highest average starting position of over a dozen teams in the race.

– Pigot maintained his position in the Top 10 for the first half of the Indianapolis 500. Battling understeer after his third pit stop, Pigot slid back to 14th. When the race was red flagged on Lap 178, Pigot found himself at the front of the field as he had not yet made his final stop. The No. 21 Autogeek Chevrolet led the Indianapolis 500 for three laps before being forced to take service in a closed pit lane for a splash of fuel. As a penalty, he was ordered to take the ensuing restart from the back of the field. The 25-year-old still managed to pick up two positions on the restart to finish in the 14th position.

– Pigot’s No. 21 Chevrolet showcased continued support from car care superstore Autogeek.com, remaining in the black and white scheme it has sported in the first five NTT IndyCar Series races this season. Over the last 15 years, Autogeek has risen to become one of the most reputable and trusted sources for automotive detailing products and accessories. Through detailing how-to guides and instructional videos, Autogeek provides a wealth of car care know-how for detailers, hobbyists and car care enthusiasts.

– Pigot will race in next weekend’s Chevrolet Detroit Grand Prix doubleheader, featuring two full-length races on Saturday, June 1 and Sunday, June 2. Both races will be shown live on NBC with coverage beginning at 3 p.m. each day.

SPENCER PIGOT, No. 21 Autogeek Chevrolet, Finished 14th: “At the beginning, it was going alright. As it heated up, we seemed to struggle more and more on old tires. As it got hotter and later in the stint the car just kind of fell off. I couldn’t hang with the guys throughout the stint and that just got worse and worse throughout the race. It was a difficult day; we’ll look at what we can do better.”

Like Loading...
Previous PostTop 10 Finish for Pigot in First Race of Detr...
Next PostFront Row Start for Pigot in the 2019 Indiana...