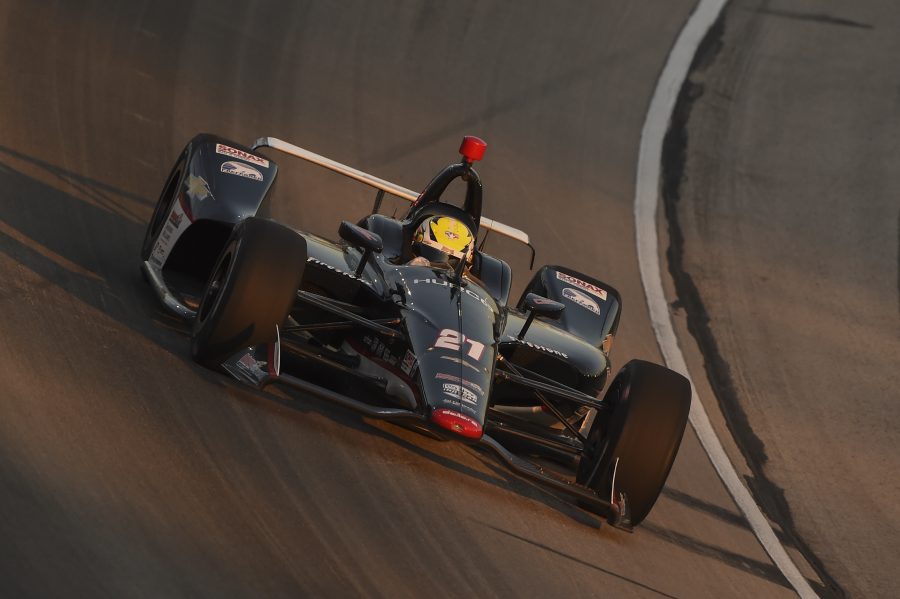 – Tonight’s DXC Technology 600 was not an easy one for Spencer Pigot, but he fought through until the end to take the checkered flag. Even though he struggled with the balance of his Autogeek Chevrolets for the much of the event, Pigot managed a 13th place finish in the 248-lap race.

– Despite 2019 being Pigot’s fourth season as an NTT IndyCar Series driver, Saturday night’s race was only his second at Texas Motor Speedway. Pigot’s first two seasons of Indy car competition with Ed Carpenter Racing saw him driving the No. 20 on road and street course events before being elevated to the team’s full-time driver of the No. 21 in 2018.

– In a change from previous years, practice for the DXC Technology 600 began on Thursday evening. However, the two-hour session was cut short by more than half when a heavy rainstorm drenched the 1.5-mile oval. Second practice took place Friday afternoon for another hour and a half, the first 30 minutes of which was dedicated to tire scrubbing and pit stop practice. Pigot turned 100 laps with a top speed of 218.574 miles per hour (mph).

– When qualifications began Friday evening, Pigot was the tenth car in line to qualify for the DXC Technology 600. His two-lap average of 219.099 mph shot him to the top of the pylon and he provisionally held the top starting position. After each of the 22 cars had made their run, Pigot earned the 6th spot and started the No. 21 Autogeek Chevrolet on the outside of Row 3. It was his his highest oval starting position outside of the Indianapolis 500.

– Pigot settled into 7th after the green flag, but after a handful of laps he began to slide backwards. The No. 21 Autogeek Chevrolet crew helped Pigot with wing angle changes and tire pressure adjustments over the course of his four pit stops, but the balance of the car made it difficult for him to maintain track position. Pigot took advantage of the last yellow flag to pit for a fresh set of tires, helping him get to the end of the race. He would finish 14th.

– Next week, Pigot will test the No. 21 Direct Supply Chevrolet at Road America before returning to the Elkhart Lake, Wis. facility for the REV Group Grand Prix on June 23.

SPENCER PIGOT, No. 21 Autogeek Chevrolet, Finished 14th: “Obviously it was a frustrating race; a very difficult race. We just seemed to struggle over the course of a stint, keeping the tires underneath us. The balance just went away too quick, unfortunately. It was very tough to keep position and pass cars. We’ll look at everything to see where we can get better for the next oval; until then, I’m looking forward to Road America in a couple of weeks.”

Like Loading...
Previous PostPigot Fights Through To The Checkered Flag at...
Next PostSecond Detroit Race Sees Pigot Taken Out of C...