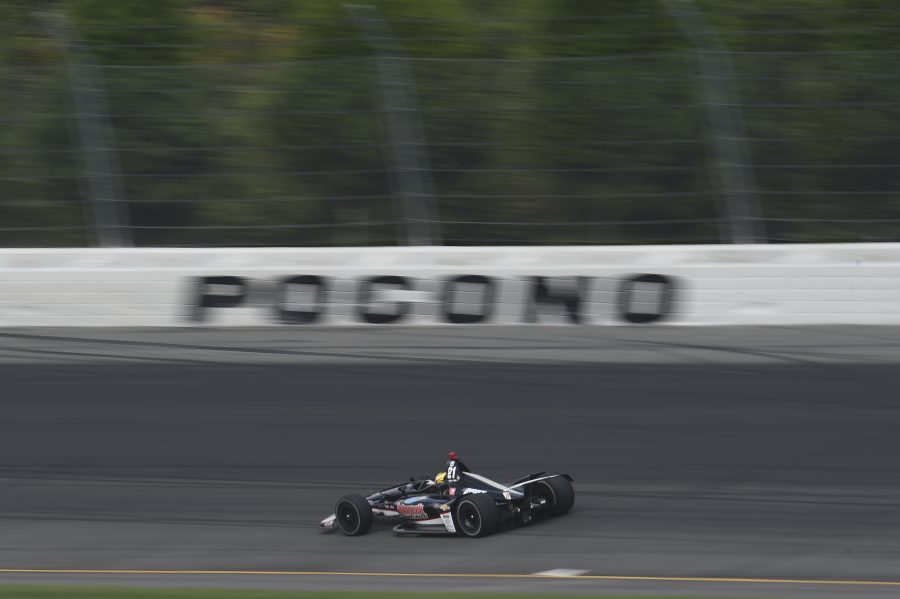 – The ABC Supply 500 was scheduled to be the second of two 500-mile races this year. However, Mother Nature had other plans and the race was red flagged, then checkered, after 128 of the scheduled 200 laps. Unfortunately, Spencer Pigot’s day was even shorter. After racing his way up to 7th, contact with the wall after something broke on the No. 21 Autogeek Chevrolet ended his day on Lap 40.

– First practice was cancelled to due weather yesterday, followed by scrapping qualifications in favor of one extended practice session. Per the INDYCAR Rule Book, the starting field was set on entrant points. Pigot, in the No. 21 Autogeek Chevrolet, was 12th. That would become his starting position for the race.

– A five-car collision broke out in Turn 2 of the opening lap. Pigot avoided the melee and found himself inside the Top 10, running 7th. A lengthy red flag period followed while the track’s fence was repaired. Drivers were eventually called back to their cars and the race was restarted on Lap 8.

– Pigot came in for his first pit stop on Lap 35. His return to action was short-lived as he hit a bump in the Turn 1 area of the track. The No. 21 shot away from him and without any steering, he made heavy contact with the wall. He was quickly out of the car under his own power and was checked, cleared and released from the infield care center. The No. 21 sustained too much damage to be repaired and was retired from the event; Pigot would be credited with a 17th place finish.

– Pocono was the first in a string of three back-to-back race weekends. Pigot and his Ed Carpenter Racing team will head to World Wide Technology Raceway (formerly Gateway Motorsports Park) next weekend. He will make his 50th start for ECR; aside from his team owner Ed Carpenter, Pigot is the team’s longest-tenured driver. The Bommarito Automotive Group 500 will be broadcast live on NBC Sports Network, beginning at 8 p.m. ET (7 p.m. local) on Saturday, August 24.

Like Loading...
Previous PostPigot Taken Out Of Contention at WTT Raceway ...
Next PostPigot Matches Best Finish at Mid-Ohio