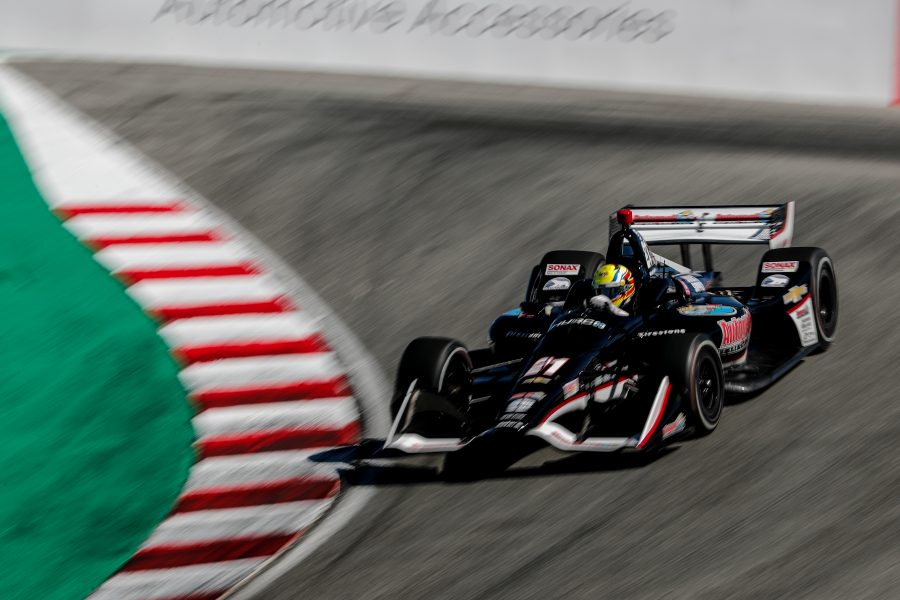 – The 2019 NTT IndyCar Series has come to a close with the Firestone Grand Prix of Monterey. After a trying weekend, Ed Carpenter Racing’s Spencer Pigot was determined to make the most of the last race of the year. He fought hard until the end of the 90 laps, finishing 20th after battling severe tire degradation in the closing minutes.

– The race weekend started a day earlier than usual with an open test for all drivers. Pigot had six hours of track time on Thursday, followed by the beginning of official on-track activity on Friday. He set the 8th fastest lap in Practice 1, following that up with a lap that was a mile an hour faster in Practice 2.

– Saturday morning’s Practice 3 set the groups for qualifying. With an even-numbered finishing position on the time sheets, Pigot was assigned to Round 1, Group 1. He began his 10-minute session on a set of sticker black Firestone Firehawks, switching to a set of sticker red tires after three laps. He was able to complete three more laps at speed on the reds with a quickest of 113.752 miles per hour. The lap gave the No. 21 Autogeek Chevrolet the 15th spot on the starting grid.

– Pigot completed the race on three pit stops, making his first on Lap 11 to swap his opening set of sticker red Firestone Firehawks for a set of black tires. He fought an ill-handling car during his second stint, but was still able to maintain his position. For the final stint, he selected a set of scuffed red tires in hopes of gaining more positions. Unfortunately, the reds did not hold up as well as anticipated. In the closing laps, Pigot was unable to hold off competitors who had selected red tires or blacks. He dropped from 16th to 20th, where he would finish the race.

– This season, Pigot earned career-best starting positions at each type of track the series races on – ovals, road courses and street circuits. He earned a spot on the front row of the Indianapolis 500, qualifying third. Pigot added two 5th place finishes to his credit in 2019, one at the Indianapolis Motor Speedway road course and one at Iowa Speedway. With his result, the 25-year-old extended ECR’s streak of Top 5 finishes at Iowa to seven consecutive years. He has started over 50 races with Ed Carpenter Racing, making him the team’s longest-tenured driver aside from Carpenter.

– The NTT IndyCar Series will resume on March 15, 2020 with the Firestone Grand Prix of St. Petersburg.

SPENCER PIGOT, No. 21 Autogeek Chevrolet, Finished 20th: “It was not a very strong race for us. I am disappointed to end the season on this kind of note. There were some positives throughout the year that we can look back on but also some areas we need to work on. I want to thank everyone at Ed Carpenter Racing for always trying their best and making the most of every situation! We’ll work to be better next time.”